Founded in the 17th century and is dedicated to the Virgin Mary. The lore says the miraculous image of the Virgin was found by  the monk Simeon,  hanging on a pine and shone like a star, during the Ottoman period. Due to continuous pirate raids the monastery is fortified with battlements. It aisled basilica with a dome. Internally, the exceptional paintings are two different time periods, 1741 and 1805. The temple is carved and gilded. Celebrates with brilliant festival on November 21st. 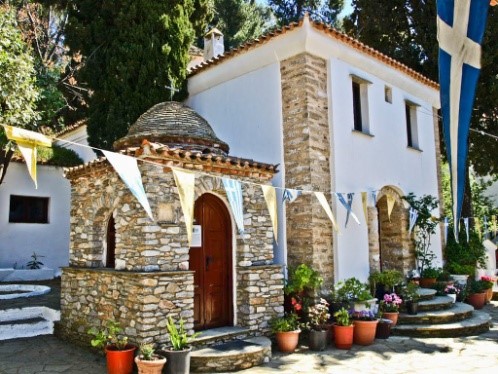 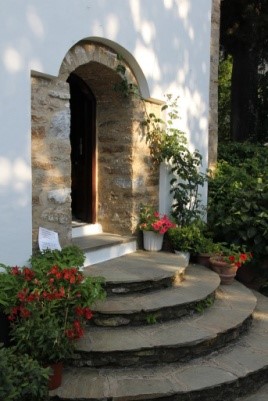 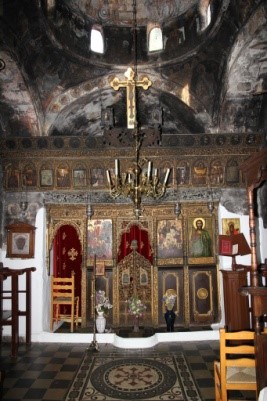